The Darling Buddies of May 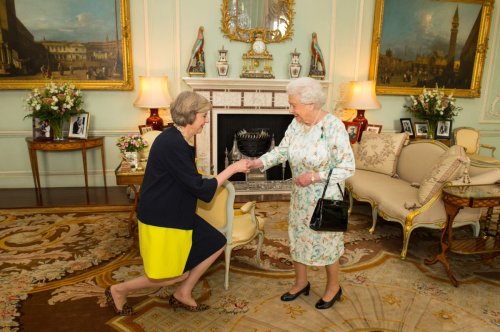 “Your brother named his band after me”.

David Cameron phoned yesterday to say he “leaves Britain a much stronger country”. It’s his sense of humour one’s going to miss the most. He left 10 Downing Street for the last time at 16:48pm to receive his P45 from the Queen, only to return at 16:53pm after leaving one of his children behind.

“May as Prime Minister; Hammond as Chancellor. Still no word on Clarkson”.

Here is the new (hopefully improved) Government for the UK, the Land of Dope and Tory:

Theresa May – Prime Minister of the United Kingdom. Only the second female PM, and Margaret Thatcher’s final horcrux. Mrs May has been busy building her new cabinet. Yes, the instructions from IKEA are confusing, but it shouldn’t take 27 hours.

Philip Hammond – Chancellor of the Exchequer. Takes over the role from George Osborne, so can’t do no bloody worse. Obviously.

Boris Johnson – Foreign Secretary. Apparently his appointment was due to the misinterpretation of the ‘F. Off’ written next to his name in bold permanent marker, but at least it will keep him out of the country for as long as possible. Mr Johnson can actually speak in many languages; unfortunately he makes no sense in any of them. His first task is to write letters of apology to Head of States he has insulted, which should keep him busy until Christmas 2018.

It was lovely to see the world leaders reacted so positively to Boris Johnson’s new role.

Following on from the Boris Johnson announcement; Arsonists will be taking over as Head of Fire Services.

Amber Rudd – Home Secretary. There is no truth to the rumour she is named after a character from a Bugs Bunny cartoon. She will given the power to refuse entry to the UK to anyone deemed unfavourable to the public good, which is precisely why a photograph of Justin Bieber will be kept in her purse at all times.

Michael Fallon – remains as Defence Secretary. No change there then.

Justine Greening – Education Secretary. She can individually name the Teletubbies and Power Rangers without Google, which means she’s fully qualified for the position.

Jeremy Hunt – Health Secretary. The Department for Work and Pensions overruled his earlier sacking, and declared him ‘fit for work’. Idiots. Thankfully he didn’t need any medical assistance after the initial shock as the NHS is currently overworked/underpaid and/or on strike.

David Davis – Secretary of State for Exiting the European Union. Likely to be replaced by Roy Hodgson, who is more experienced and efficient at getting us out of Europe.

Andrea Leadsom – Environment Secretary. Mother who will be looking after Mother Nature, and assuring all children eat their British meat and two vegetables; none of that EU rubbish.

Larry the Cat – Chief Mouser to the Cabinet Office. Known to have caught other various vermin including Nigel Farage, Ed Balls and Jeremy Hunt.

Not wanting to be left behind, Jeremy Corbyn has been busy reshuffling the Labour Shadow Cabinet. 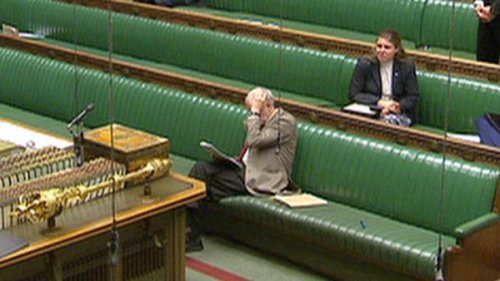 4 responses to “The Darling Buddies of May”